Founder Greg Hendry is a veteran, Christian and father of 5 children. He enjoys writing about his Catholic faith and friends/heroes who have helped him along his faith journey. His latest book, Power Priests, featuring short stories about influential priests of the recent past and present became a top seller in 2022. He founded fromHeaven Books to first honor his late wife, Allison, who passed from this earth shortly after giving birth to their son in 2002. His first book Mommying from Heaven honored her ongoing legacy and developed into series of children's book's entitled Parenting from Heaven. Inspired by young Ava Fiore who lost her mother at a young age, these books help children grieve the loss of a parent or grandparent through the lens of our Catholic faith. He is a graduate of the University of Notre Dame and earned an MBA from Cornell's Johnson School of Management. After 5+ years on active duty as a ranger trained Lieutenant and Captain in the army, Greg has worked in the airline and technology industries for over 20 years. His books have been featured on EWTN radio and various Catholic publications. 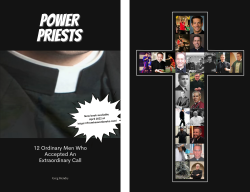