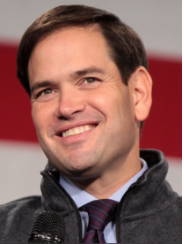 Economics for the Common Good

Senator Marco Rubio has called for “common good economics” ahead of a speech on Catholic social teaching and the dignity of work, noting the need for a new economic vision to respond to contemporary economic realities.

Speaking to CNA in an interview November 4, Senator Rubio (R-FL) said that there needs to be a renewed focus on the human orientation and ends of economic policy and growth, after decades of changes in both national and global market conditions.

“The economy should be at the service of the common good,” Rubio said. “It should work for us, not people for the economy.”

On Nov. 5, Rubio gave a speech titled “Catholic Social Doctrine and the Dignity of Work” at the Busch School of Business at the Catholic University of America in Washington, D.C.

Speaking ahead of the event, the senator told CNA that established ways of thinking about market forces and public policy have failed to keep up with decades of change. But, Rubio said, his outlook remains rooted in a shared tradition with his party’s past leaders.

“Reagan economics was very much centered on dignified work,” Rubio told CNA, “but when Ronald Reagan was president, the architecture of our economy was very different.”

“We didn’t have the massive displacements of whole industries that we see now, or public policies that encouraged it. People criticized Regan economics as ‘trickle-down’ but it used to trickle very differently than it does today.”

The current economy is, Rubio said, asymmetrical, with “enormous pockets of prosperity” in which people with the right degrees, in the right industries, in the right places, are better remunerated than ever before.

“There’s nothing wrong with that,” Rubio said. “The problem is that at the same time you have millions of people left behind and told to do things which are neither reasonable or good.”

Rubio said the concept of dignified work is central to an economics that puts social health and human flourishing at its center. In his recent writings on the subject, Rubio has become perhaps the first US Senator to cite Pope Leo XIII as an inspiration for his economic vision, highlighting especially the 1891 encyclical Rerum Novarum.

“It was an interesting encyclical because he wrote it in reaction to the disruptions the world was facing after industrialization – there were some of the same fears then, machines replacing people, mass economic displacement. He wrote about that balance of obligations between the worker and the employer and I think this is a good time to revisit that balance in the light of the post-industrial disruptions we now face.”

Rubio, himself a Catholic, told CNA that Catholic social teaching influences his own concept of dignity and work “more than it used to.”

“The more you dig into it, you realize that there is an extraordinary wisdom. For example, St. John Paul II wrote about the obligation of a worker to work - which is something that people on the political right, myself included, have talked about – but it is built upon the assumption that such work has dignity. It’s something you can only insist upon if the economy we’ve put in place fosters the creation of those jobs.”

“I think dignified work is something that allows you to get up in the morning or the evening and go do something rewarding and productive,” Rubio told CNA. “You should be able to feel useful and productive, and that those hours matter.”

“Our policies should be driven by what is for the common good for our country, and one of the most important parts of that common good is the creation of dignified work – that gives people the time, money and support they need to raise strong families and make a difference in their community,” Rubio said. Read the entire article here.